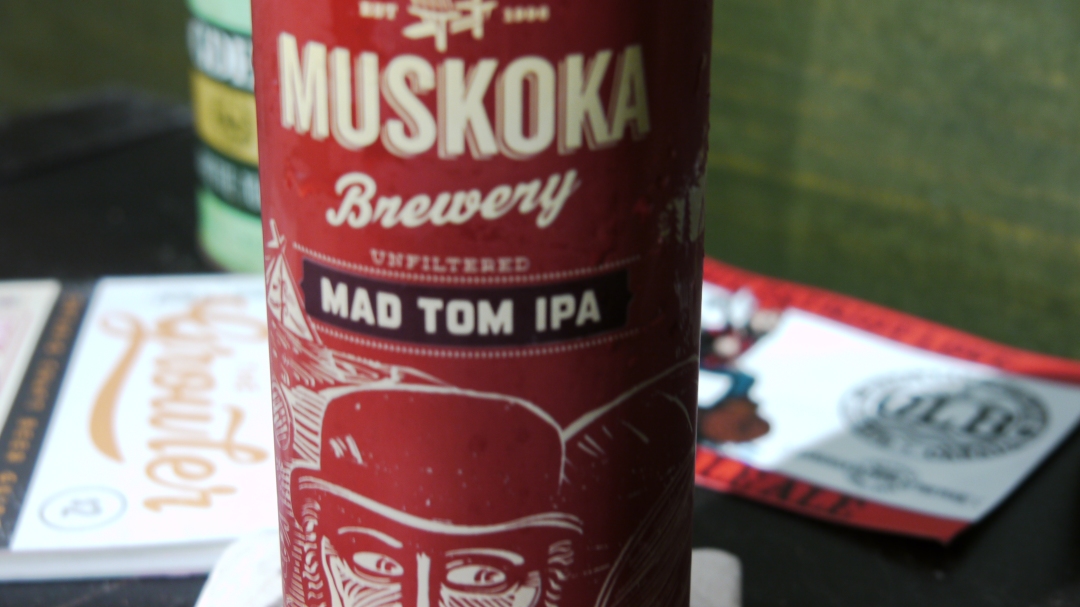 “Our version of a west coast pale ale pushes the boundaries much like the Crazy Canucks of the past. We’ve brewed it for those who enjoy adventure and a departure from the ordinary. The result is a wildly hoppy aroma with a lingering bitterness complemented by a soft breadly malt flavour.”

Aftertaste | Surprisingly a refreshing aftertaste with a light crisp bitterness.

Overall | It is very balanced for a pale ale that isn’t too hoppy.  This brew is very flavourful; once the drinker gets over the bitterness, it is relatively easy on the palate. At 5.2%, it is a comfortably bold session beer that might be nice to enjoy on Canada Day (for the patriotic beer drinkers out there).  This is another adept addition to Great Lakes Brewery’s delicious line ups from the last few years, including their 25th Anniversary series and their Project X Series.

Crazy Canuck would compliment any type of spicy food such as curry and hot chicken wings.