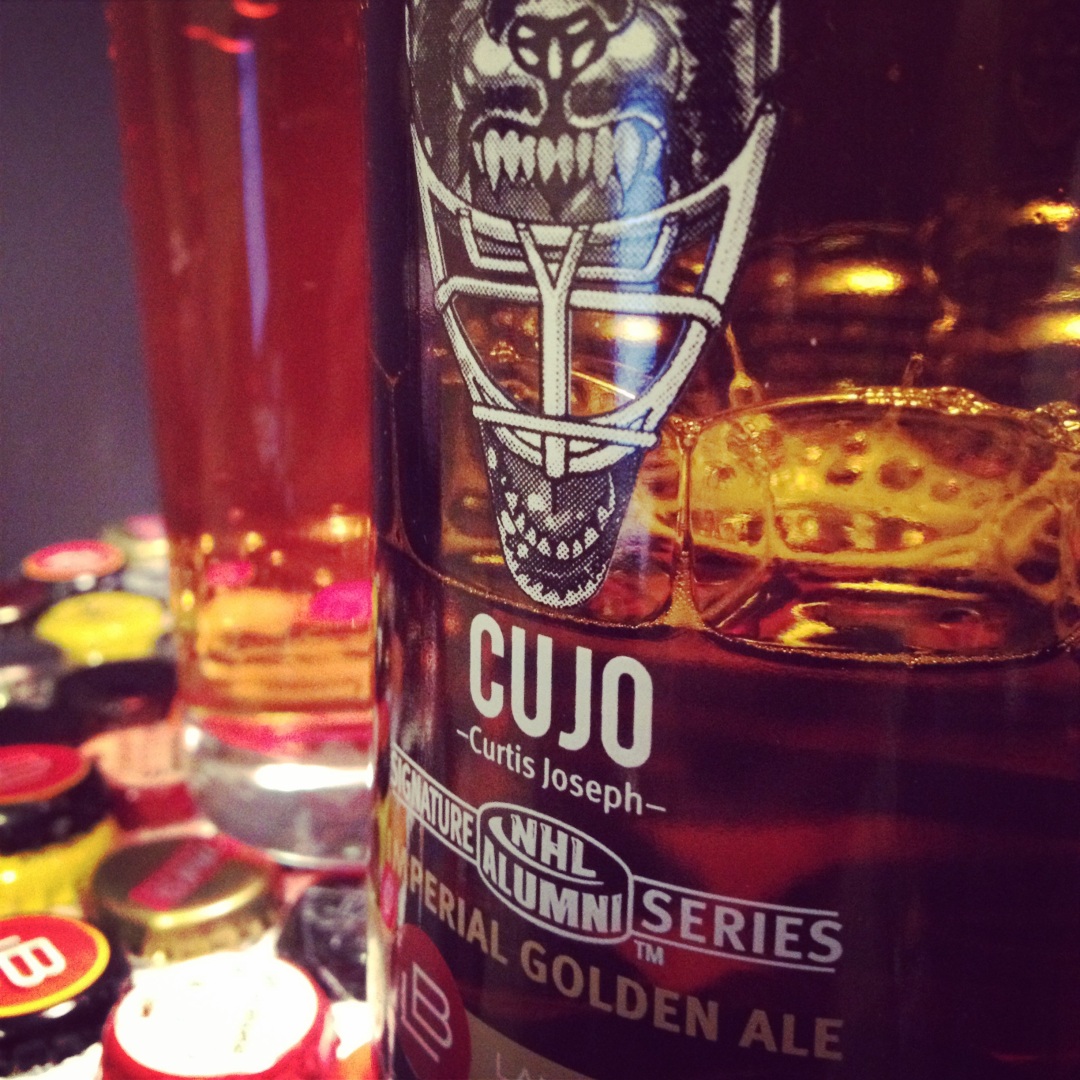 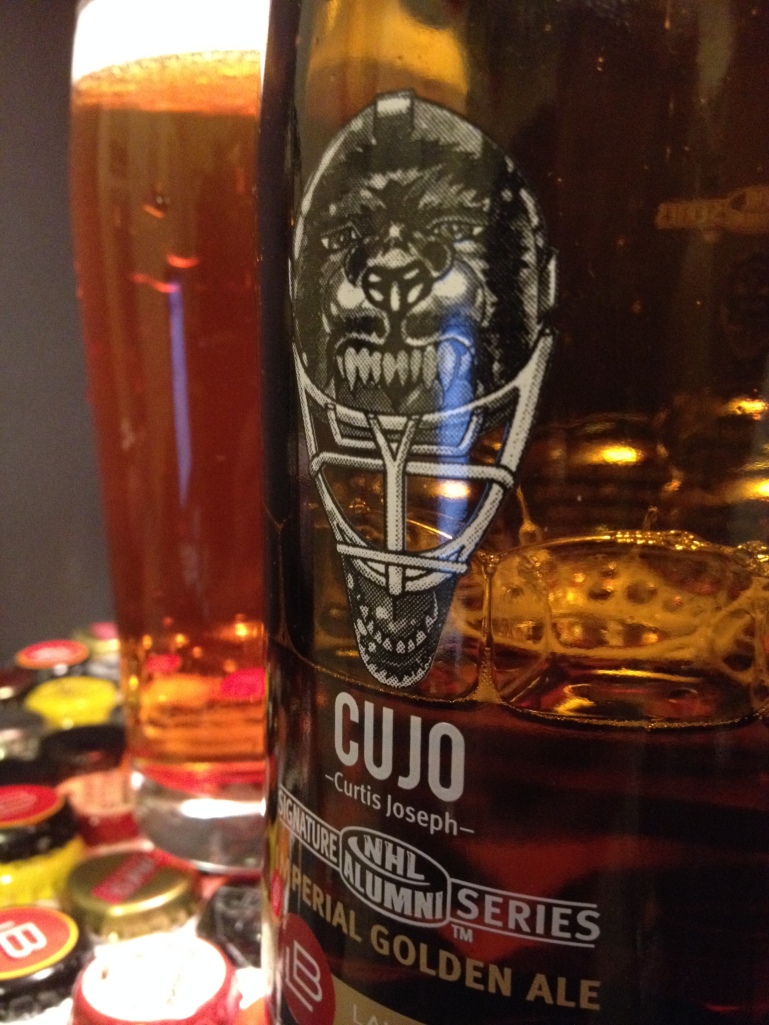 From Lake of Bays Brewing Co.,

We are proud to pay tribute to Curtis Joseph as the second of our NHL Alumni Association’s Signature Series line-up of premium, limited-edition beers. We have made just 16,000 bottles of this Imperial Golden Ale, which is available for a limited time in select markets and as part of the Signature Series Club. For more go to http://www.signatureseriesclub.com – See more at: http://www.lakeofbaysbrewing.ca/our-beer/cujo-imperial-golden-ale/#sthash.VdOJ9jbR.dpuf

Overall |  Cujo Imperial Golden Ale is the second edition in the Masked Men series.  First, it was Johnny Bower and now Curtis Joseph, made famous during his days playing with Toronto, St. Louis, Detroit, Calgary, and Phoenix.   It’s a big beer that clocks in at 8% and 34IBU.   There’s a sweetness that somewhat dominates the beer from the caramel, malts, and grapes.    When sipping this brew, there’s a dry sharpness from 8% ABV.

Lake of Bays Brewing Co. is producing only 16,000 bottles of this brew.  So once it’s gone, it’s gone.  It’s currently available at the brewery and will soon be available in LCBOs across Ontario.  They’re also shipping this brew out across Canada and US.    The ‘Best Before’ date on the bottom, August 31st, 2014, ensures a fresh taste.  More breweries should be practicing this, even a ‘When Packaged’ date stamp will do.

What’s next in the Masked Men series?  Jake The Snake White Ash-Aged Imperial Pilsner in honour of Jacques Plante.  Now that sounds pretty darn interesting!  The Cujo Imperial Golden Ale is part of the Signature Series Club, a beer and collectables package available across Ontario, sold exclusively online.  Those who purchase through SignatureSeriesClub.com are guaranteed to receive four beer releases, in hand-numbered bottles, with matching numbered Printer’s Proofs.

Just like Top Shelf Classic Lager, a portion of Cujo Imperial Golden Ale sales will go to the NHL Alumni Association, a not-for-profit organization whose many charitable causes include assisting former NHL players in their transition from professional hockey. The benefit of drinking this beer is two-fold: this is a great way to support retired hockey players and your local Ontario breweries.

Note: Lake of Bays Brewing Co. supplied Cujo Imperial Golden Ale for The Brew Head to review.  Thanks for bringing it over, T-Bird!