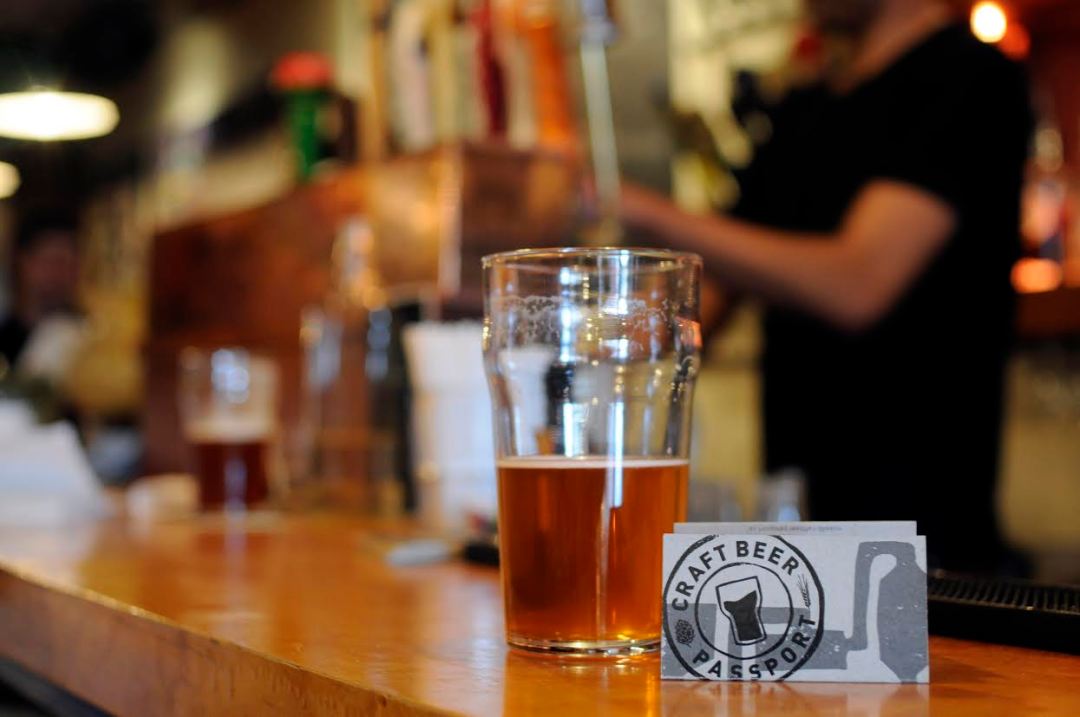 Craft Beer Passports will go on sale online TODAY! (May 21st), providing beer lovers with a well-priced way to explore Toronto’s eclectic craft beer scene. Using their Passport, a pass holder can choose one $2 craft beer, from a list of three, at twenty participating bars across Toronto between June 1st and November 30th. Craft Beer Passports will be available for purchase online (www.craftbeerpassport.ca) and at select bars (starting June 1st) for $20 each.

The Craft Beer Passport offers Torontonians a great deal on local beer (it works out to $100 worth of craft beer for 60$!) as well as a comprehensive ‘field guide’ to Toronto’s craft beer scene. The eye-catching Passport fits snugly into a wallet, so Torontonians can walk around the city confident that—regardless of where they are—they are only minutes away from a bar with craft beer on tap. With the summer ‘round the corner, the Passport inspires pass holders to explore the city while helping to support independent bars and craft beer brewers.

Mike Stulberg is the founder and organizing force behind the innovative Craft Beer Passport. Influenced by his travels through Europe and Asia, Mike returned home and became increasingly interested in what makes Toronto a culturally unique city. As an active member of the Toronto indie music and street art scene, Mike was inspired by the local, DIY attitude he saw emerging in the city and the bars. Armed with his innate business sense and passion for fostering community and culture, Mike began the Craft Beer Passport.

“I see this product as a way to support local bars,” says Mike, “while introducing Torontonians to the many different neighborhoods in Toronto through their favourite pastime: drinking craft beer.

An official launch party for the Craft Beer Passport will take place on the evening of June 1st at The Piston and will include samples from a number of ontario craft breweries, beats by Memorecks, craft beer related door prizes and Craft Beer Passports on sale!

For more info regarding the business, the launch party or the product, please contact Mike using the info below. He is more than happy to provide quotes.