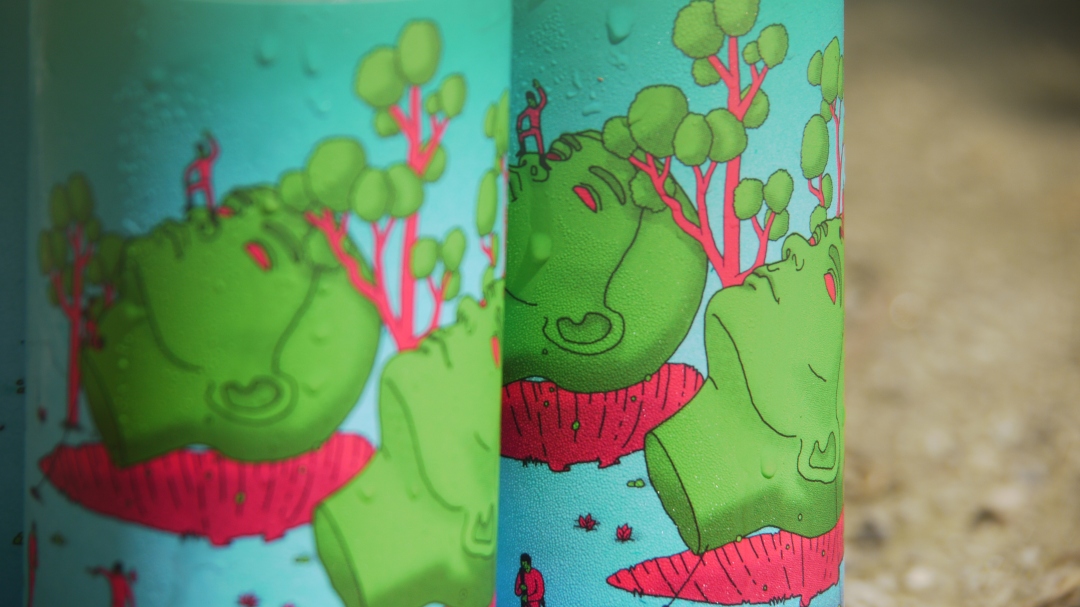 Just in time for the Canada Day long weekend, Wellington Brewery released the 2nd installation in the Faces DIPA series.   Faces is a series where they take the same recipe but using different hops.   The first one had Mosaic and Simcoe hops, making it a hazy juice bomb with a citrusy and mango profile.   This one contains Citra and Idaho 7 hops.   Let’s get to it. 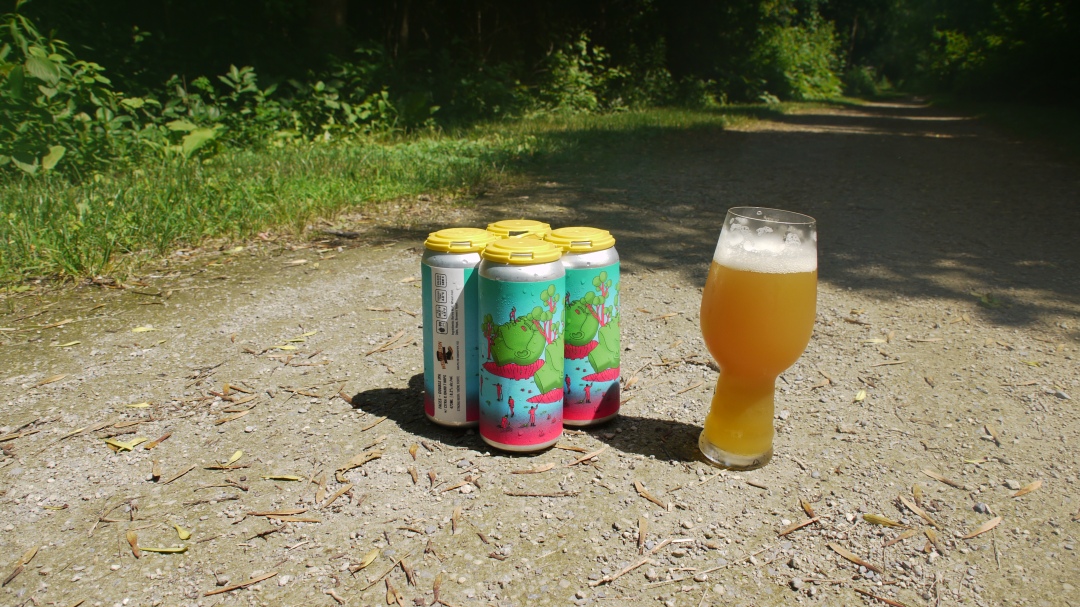 So this is Faces, a DIPA that has been brewed with Citra and Idaho 7 hops.  It’s 8.2% and with a IBU of 89.  This is the second release in the Faces series.

The second release in our Faces Double IPA series is dry-hopped with Citra & Idaho 7. This hazy Double IPA packs a wallop of bright tangerine and zesty citrus hop flavours. 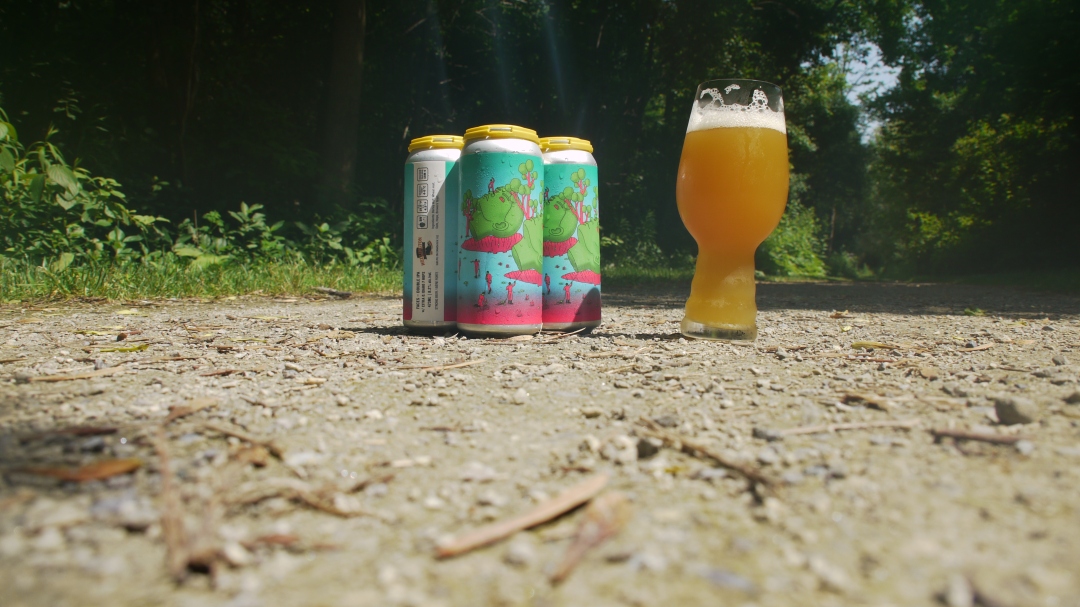 Out of the tallboy pours a hazy pale gold colour with a foamy big white head that slowly dissipates, with lacing around the glassware.  The aroma is citrusy with oranges and piney.    The taste, again is similar to the aroma with more of a juicy mouthfeel that balances itself with the bitterness.   There’s notes of zest, oranges, pine, and a refreshing yet slight bitter finish.   The 8.2% is there and isn’t hiding.   Now I did have a couple of this while I was smoking ribs and sausages, it was the perfect combo with the smoker, the high heat that we had over the weekend.

That being said, I used to say that Wellington Brewery is incredible with stouts, porters and brown ales, not so much the IPAs.  But they’re changing up and brewing incredible IPAs that’s well worth the price.   That’s including their juicy and tasty core-beer, Upside IPA as well.   I look forward to the third release in the Faces DIPA series.  You can bet that I will be there first thing in the morning… (as soon as the brewery opens!)

Get this while you can, as there’s limited quantity at the brewery.   You can also order it online here. 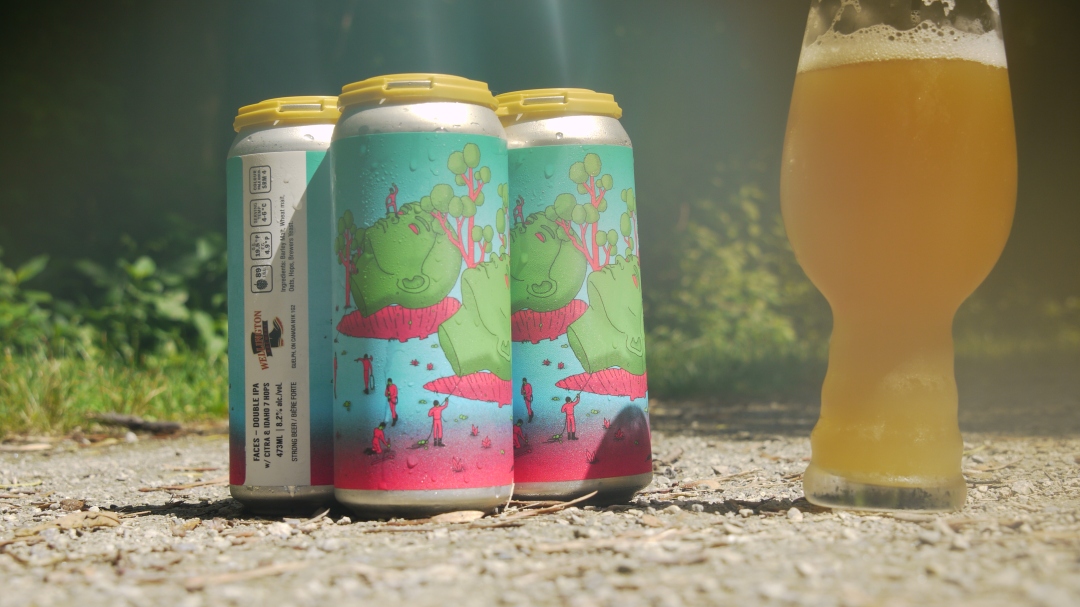