You know, they do one thing really, really well.   You know that motto.  You know the green bottles.  You’ve been there when you attended Blue Jays games for a pre-beer before paying for overpriced and underwhelming beer at the Skydome.  (Yes, I still call it the Skydome.) 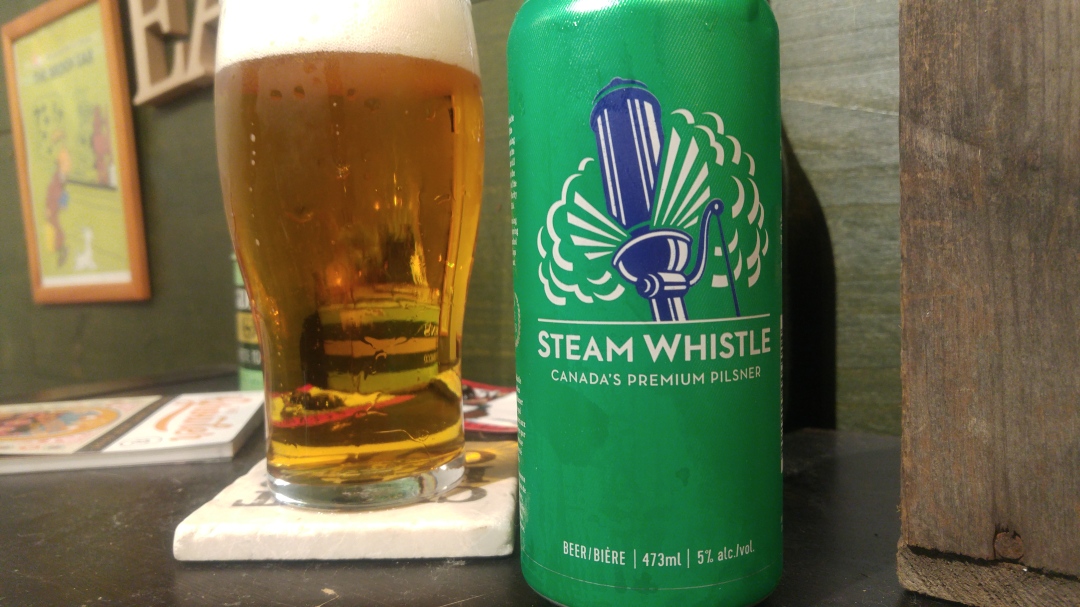 Of course, we’re talking about Steam Whistle Pilsner.   It’s a classic Ontario Craft Beer that has been pretty much enjoyed by everybody.

Out of the shiny green can pours a golden clear colour with a white head that quickly dissipates and leaves no trace of lacing.

Sweet and crisp notes of grassy, grains and malts.

And that first sip?

The bottom line is that Steam Whistle Pilsner, as classic as it is, is still a crushable beer that can be enjoyed during a baseball game or camping or smoking some meat.   It’s a decent Pilsner that is likeable by those who likes craft beer or even likes macro beers.

I wish that the Toronto Blue Jays kept them on at the Skydome and makes extremely sense considering that they’re practically neighbours.  But hey, what can you say?