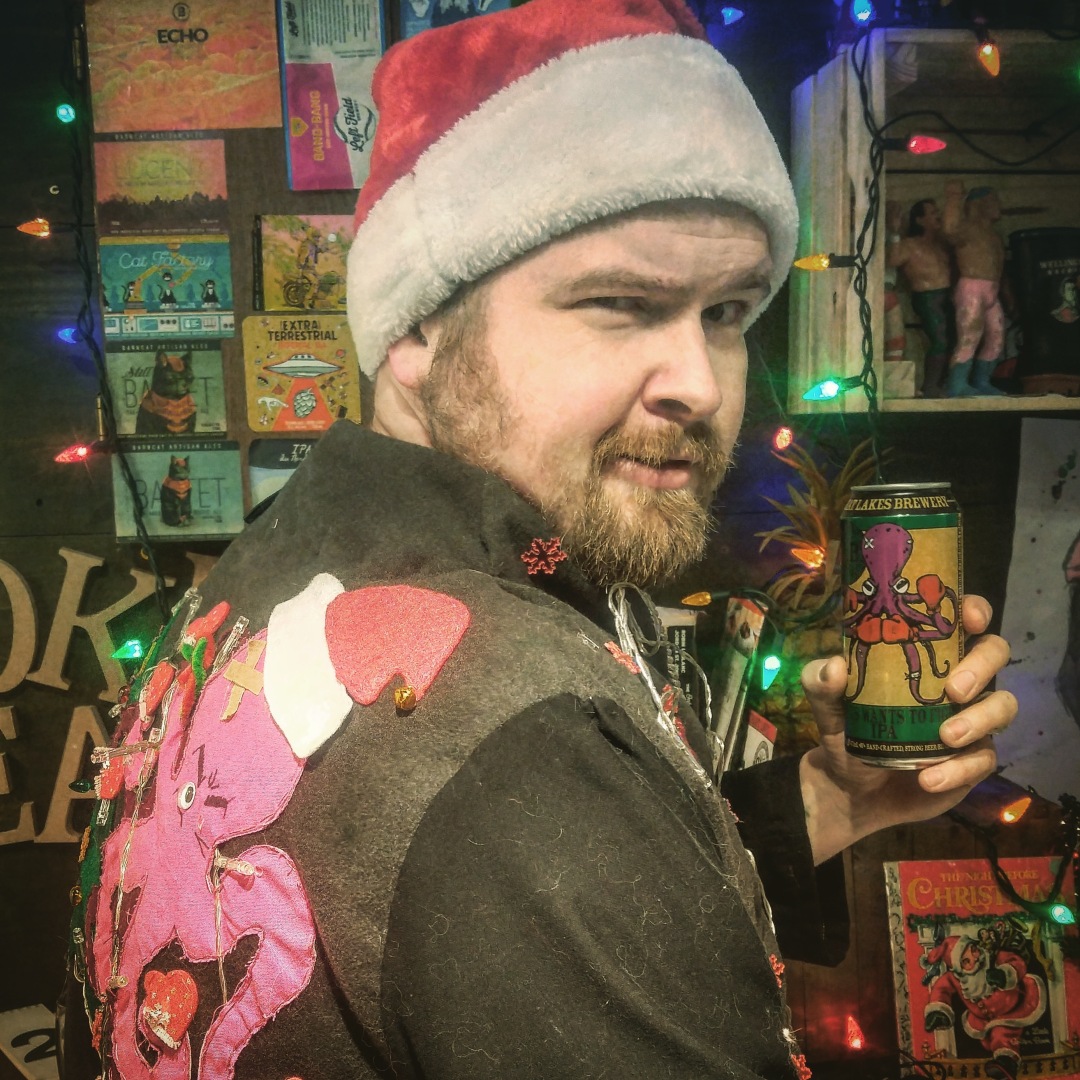 Once upon a time, this Octopus wasn’t really a fighting champ, opting to fight once or twice a year instead. However, Great Lakes Brewery announced earlier this year that Octopus Wants To Fight…all year around which made fans happier. Here’s my take on this fightin’ octopus.

Our pet octopus is a bit of a jerk. He’s that guy who has a couple then either tells you how much he loves you or threatens to fight you. So we brewed this IPA with 8 varieties of hops and 8 types of malt. We targeted 88 IBU and 8.8% to appease him. Sadly, when he found out that we’d fabricated all of the above info, it only made him more volatile. We are starting to realize that Octopus was a poor choice for a pet.

Clad in a bitchin’ awesome artwork that has a Octopus with boxing gloves and covered with bandaids. This Octopus has seen some action in his heyday. It pours a beautiful gold colour that is slightly unfiltered and with a big white head that quickly dissipates. With every sip that I took, it was lacing the glassware which it’s just a beautiful sight to see.

As for the beer itself, the aroma is hoppy with notes of grapefruit and citrus peel. And that first sip you get, you feel that IBU almost right away with the bitterness, the notes of citrus peel, grapefruit, and pine resin. This IPA isn’t for those who prefers to drink those “fruit-puree laced with lactose” IPAs because this will knock them silly on their asses. This is a IPA that should be showcased all year around and lucky for us, Great Lakes Brewery is making that happen. My palate is happy with this beer even though, it will take a beating with the IBU (which I happily welcome!)

Octopus Wants To Fight is a medium bodied IPA that will deliver hits after hits (in a good way, that is!) and if you’re a fan of, say, Muskoka Brewery’s Mad Tom or Amsterdam’s Boneshaker, you will love this way more!

One of the best offerings at the LCBO in the IPA category that is available all year around. Pick one up or six, you won’t regret it. 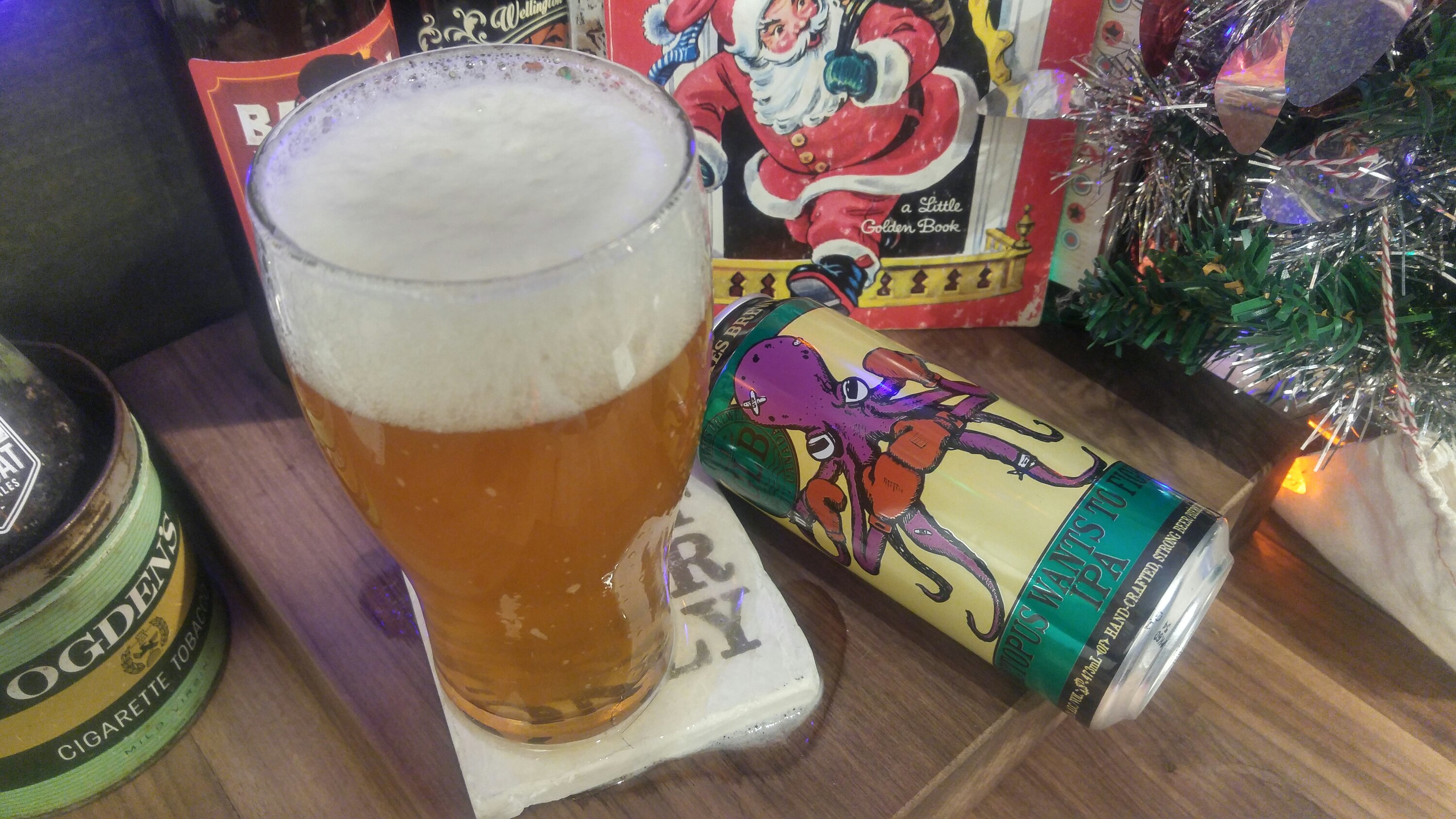